So what is cheese? Cheese is derived from milk by converting milk into a solid or semi-solid state (a process also known as coagulation). This process is achieved by breaking down the milk protein (casein) which causes it to clump together and form cheese. Coagulation can be carried out by two ways- adding an acid (such as lime juice) or using rennet which is a complex of enzymes that is found in the stomach of ruminant animals such as cows. Both these processes cause the casein to lose its structure and form aggregates, which results in the formation of curd. The curd is heated, pressed to remove the excess moisture, salted, and ripened (which may or may not include the addition of micro-organisms).

Where did cheese originate? In 2012, Salque et al discovered that the earliest evidence of cheese production dates back to the Neolithic period (between 5400-4800 B.C.). It had been previously recognized that several pottery vessels resembled sieves or cheese strainers. Chemical analysis of the organic residue that coated these vessel walls confirmed that these vessels were used to contain cheese. The making of cheese seems to be accidental; nomadic tribes used to carry milk in bags made of the lining from animal stomachs. This practice, coupled with the churning that occurred due to the galloping motion of the horse, would have caused the curdling of milk which could then be sieved to make cheese. 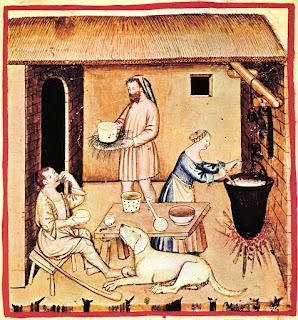 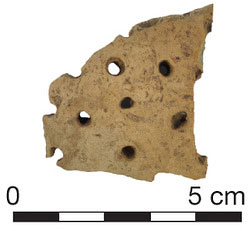 The role of microbiology in diversifying the types of cheese is particularly intriguing. Although large scale manufacturing of cheese can be achieved by using acids such as vinegar (for example manufacturing paneer and queso fresco), it is more common to use starter cultures of lactic acid bacteria (LAB). These bacteria (usually belonging to Lactobacillus, Lactococcus, and Streptococcus families) are capable of breaking down the milk sugars to form lactic acid. This process is then coupled with the addition of rennet to maximize the coagulation of milk proteins. The starter cultures also contribute to the flavor of aged cheese and prevent the growth of undesirable spoilage organisms and pathogens. 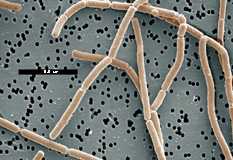 Figure 3: Lactobacillus delbrueckii- one of the LAB species that is used as a starter culture. It is commonly used in yogurt, Italian-type cheese such as Romano and Mozzarella, and Swiss-type cheese. Source.

In addition to starter cultures, adjunct cultures are used to provide additional flavors and textures to cheese. These organisms can be bacteria, yeast, and mold. Some of them are listed below. 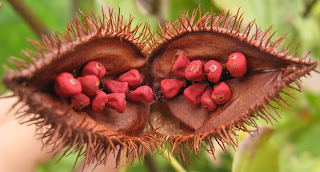 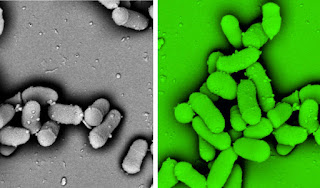 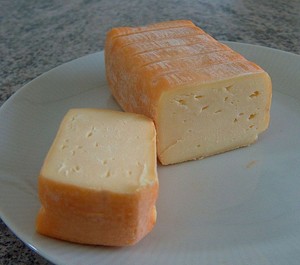 Figure 6: Limburger cheese with the outer rind. Source.
Fun fact: In 2006, a study showed that the malaria mosquito is attracted equally to the smell of Limburger and the smell of human feet. Cheese eaters beware! 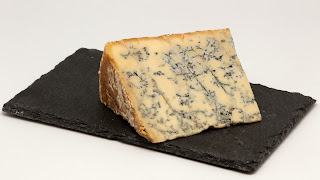 Figure 7: Stilton, a blue cheese from England. When the cheese is still in its curd form, it is inoculated with Penicillium roqueforti. Subsequently, the fungi grows within the cheese as it ages imparting the characteristic appearance and taste. Source.

There are around 900 known types of cheeses in the world. The exact number varies based on how one categorizes them: moisture content, source of milk, types of starter cultures and adjunct cultures, and processing techniques. This article highlights the most common techniques and cultures employed to make cheese. Understanding the science behind cheese-making will hopefully make the eating experience more enjoyable. Bon appetit!
at July 07, 2017